From Military.Com
5 Awesome Things to Know About US Coast Guard History for Its Coming Birthday

The Coast Guard Cutter Waesche transits through the

San Francisco Bay for the first time  en route to its

For more than 230 years, the first line of American coastal defense has been the United States Coast Guard, in some way, shape or form.

Whether protecting the nation's waterways, rescuing sailors at sea or enforcing maritime law, the Coast Guard was there.
While other branches of the Armed Forces have a good time joking about whether their "Coastie" brethren are actually a branch of the military

(they are), the Coast Guard continues to quietly straddle the dual mission of serving as a military force abroad and a law enforcement agency at home.
It might be hard to understand just how this branch of service manages to do all of that without knowing a few key facts and awesome stories about its history. With the Coast Guard's 232nd birthday on Aug. 4, 2022, here are just a few of those little details.

1. The Coast Guard Is Older than the Navy.
It began its life when President Washington established the Revenue Cutter Service to enforce U.S. tariffs in 1790, and was America's only maritime defense force until the Department of the Navy was established in 1798. The Navy officially dates its birthday back to the establishment of the Continental Navy in 1775, but that Navy was disbanded after the Revolutionary War.
What we know as the Coast Guard today came after a couple of mergers. In 1915, the Revenue Cutter Service was merged with the U.S. Life-Saving Service, and was officially renamed the Coast Guard. In 1939, the Lighthouse Service was folded in and the Commerce Department's Bureau of Marine Inspection and Navigation was added to the USCG in 1946.

2. The Coast Guard Is Also a Blue-Water Naval Force.
Despite the Coast Guard's endearing (or unendearing, depending on which side you're on) nickname of "Puddle Pirates," the USCG's advanced Legend-class National Security Cutters are advanced ships capable of operating in the open ocean. Although its missions are different from the Navy's, the newest cutters carry the same Phalanx close-in weapons systems that are present on naval vessels, along with the same electronic warfare and 57 millimeter guns on Littoral Combat Ships. Currently nine of 11 have been completed and operate in the Bering Sea, Pacific Ocean and the Arctic Ocean.

3. The Coast Guard Has Its Own Special Operators. The Coast Guard’s Maritime Security Response Team (MSRT) from Virginia participates in a training evolution.The highly trained and specialized team, using a real-world underway ferry, practiced tactical boardings-at-sea, active shooter scenarios, and detection of radiological material. (U.S. Coast Guard/Petty Officer 3rd Class Ross Ruddell) You've probably heard of the Army's Green Berets, and you've definitely heard of the U.S. Navy SEALs, but you may not have heard of the Coast Guard's Maritime Safety and Security Teams (MSST) and Maritime Security Response Teams (MSRT).  Coast Guard MSST are used to prevent or deter potential terrorist attacks on the seas, bolster force protection operations, enforce laws, increase port security, aid with search and rescue and board hostile ships in and around American waters. Coast Guard MSRT are trained to board and secure vessels, including those held by terrorists holding hostages. MSRT are proficient in close-quarters combat and boarding operations as well as chemical, biological, radiological, nuclear, high-yield explosive situations.

4. Remember the Coast Guard's Medal of Honor Recipient. Marines stand ready to perform a 21-gun salute during the annual memorial ceremony to honor Signalman 1st Class Douglas Munro at the cemetery in which he is buried in his hometown of Cle Elum, Washington. (U.S. Coast Guard/Chief Petty Officer Kyle Niemi) The Coast Guard is deployable to anywhere the rest of the branches are deployed, because, as we mentioned, it's a branch of the military. Coasties have fought in every major American conflict since its inception, and this includes World War II. Signalman First Class Douglas Munro volunteered to support the Navy in landing Marines during the 1942 landings at Guadalcanal. When one group of Marines came under a massive Japanese counterattack while assaulting a beachhead, Munro led the evacuation of the Marine force. While the Marines were loading onto the evacuation boats, Munro placed his boat between them and the incoming fire to protect the Marines. Munro then moved his boat to free one that had run aground before he was shot in the head by a Japanese machine gun. Munro posthumously received the Medal of Honor for his actions in rescuing the Marines on Guadalcanal, and his medal currently has a place of honor in the National Museum of the Marine Corps.

5. Coast Guard Officers Train Aboard a Captured Nazi Sailing Ship. The USCGC Eagle began its life in 1936 in Nazi Germany as the SSS Horst Wessel. Christened by Adolf Hitler, the Horst Wessel was intended to serve as a training ship for the German Kriegsmarine. It served the Germans for three years, but when World War II kicked off, it was sidelined. The USCGC Eagle on the Elizabeth River approaching the pier behind the Hampton Roads Naval Museum and Nauticus. (U.S. Navy/Civilian Public Affairs Officer Max Lonzanida) With the defeat of Nazi Germany in 1945, the vessel was captured by the British. It eventually fell into American hands and was sailed across the Atlantic Ocean by a team of American and German seamen. Today it's the flagship of the Coast Guard and trains USCG cadets and officers in practical seamanship skills.Type your paragraph here. 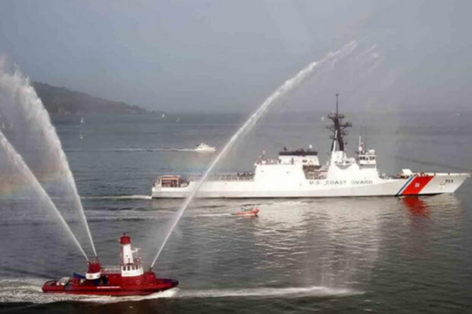 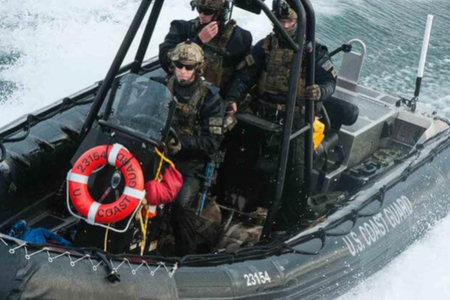 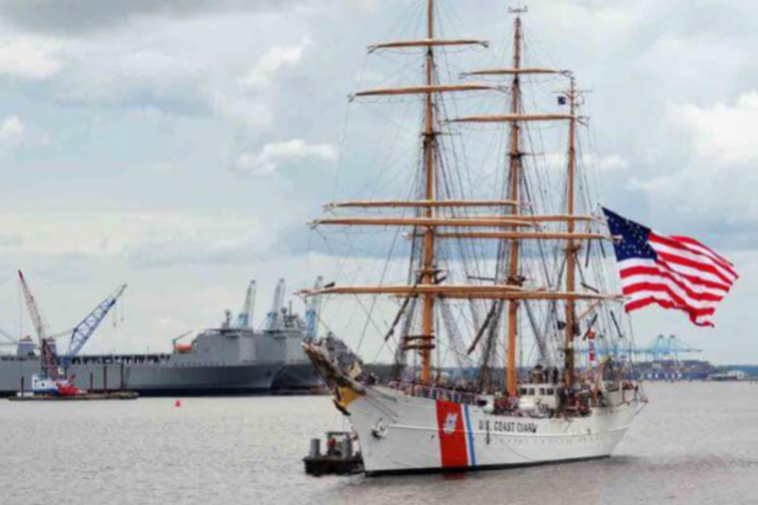 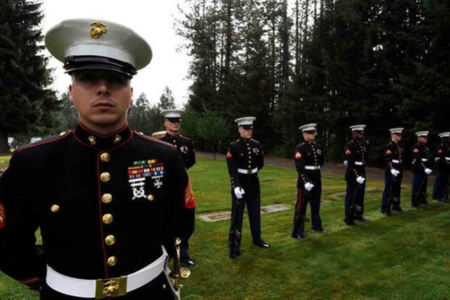